Background: Breast cancer is among the commonest of causes of the death caused due to cancer in the females throughout the world.

Conclusion:  Prediction of seroma formation following Modified Radical Mastectomy with neo-adjuvant therapy remains challenging. We identified no potential risk factors other than the pathological status of the tumor which was associated with an increased frequency of seroma formation. 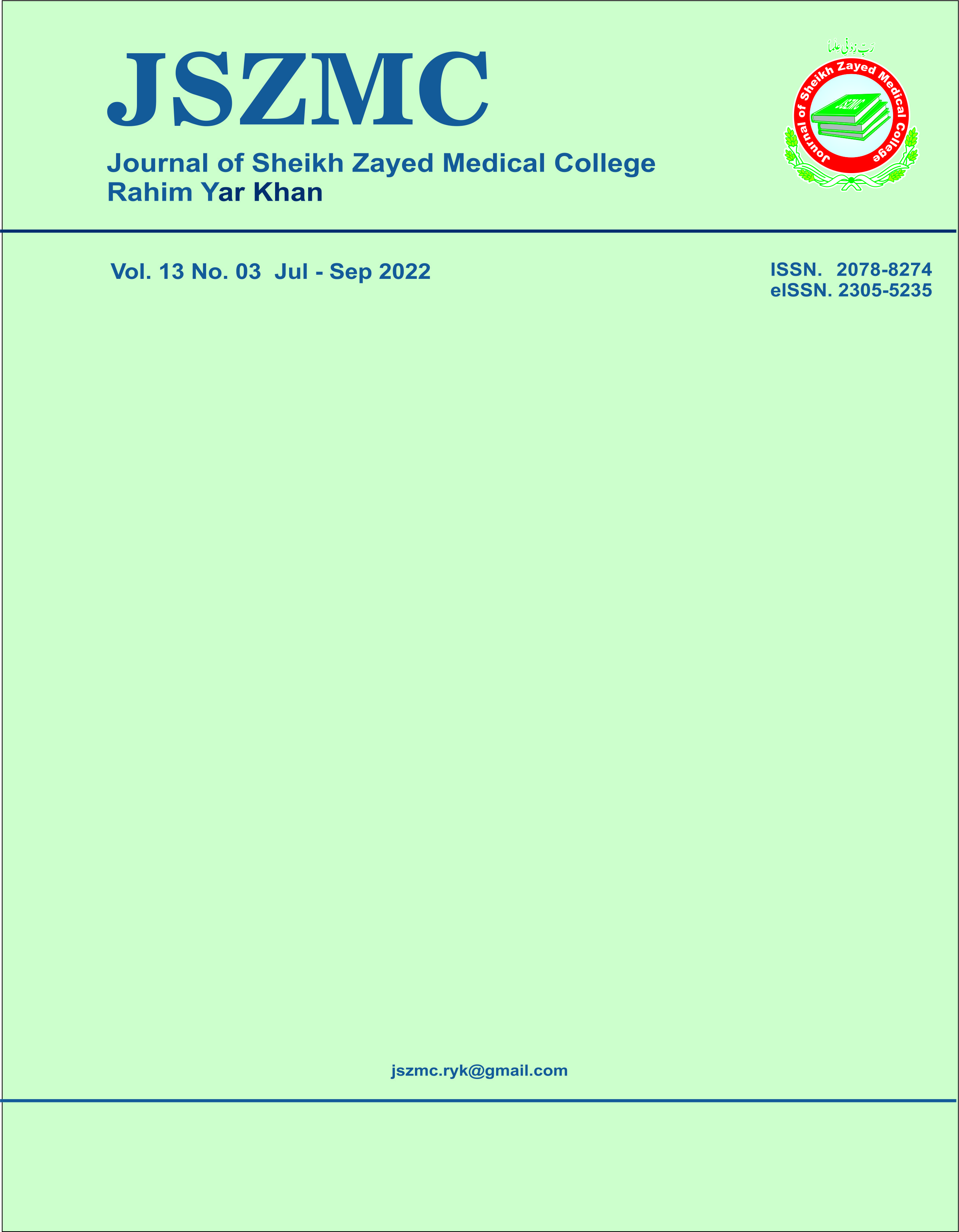 This website is owned and operated by JSZMC, having it's office at the main building of Sheikh Zayed Medical College, Rahim Yar Khan, Pakistan. JSZMC is committed to maintaining confidence and trust with respect to the information it collects from its authors.