Background: The Tuberculosis is the national disease of Pakistan as it affected the father of the nation morbidly resulting into his death and it is a common disease of the sub-continent as well. Liver is the site of metabolism for most of the anti-tuberculosis drugs as well as these agent harm the liver resulting into elevated liver enzymes following inflammation (hepatitis). Isoniazid (INH) and rifampin are well known for their side effects on liver so often being used in experimental studies in animal models for induction of hepatotoxicity or liver injury.

Objective: We aimed this research work for exploring the hepatoprotective effects of the Co-enzyme Q-10 in rat model with INH induced hepatotoxicity.

Methodology: Rats (n=50) of Albino Westar category were bought from Karachi and divided in 5 equal groups randomly followed by 2 weeks acclimatization. Group A (control) was kept on normal diet without any intervention whereas group B (experimental negative control) was given INH 100 mg/day for induction of hepatitis. Groups C was administered an oral dose of INH as100mg+CoQ 100mg/day. The group D rats were given INH 150+ Q-10 100mg/day similarly rats in group E were administered INH 200mg+CoQ 100mg/day .Samples of blood were obtained by scarifying rats at the end of study (1month) LFTs(liver function test)for each group were done, comparing different groups on ANOVA using SPSS 22nd version. 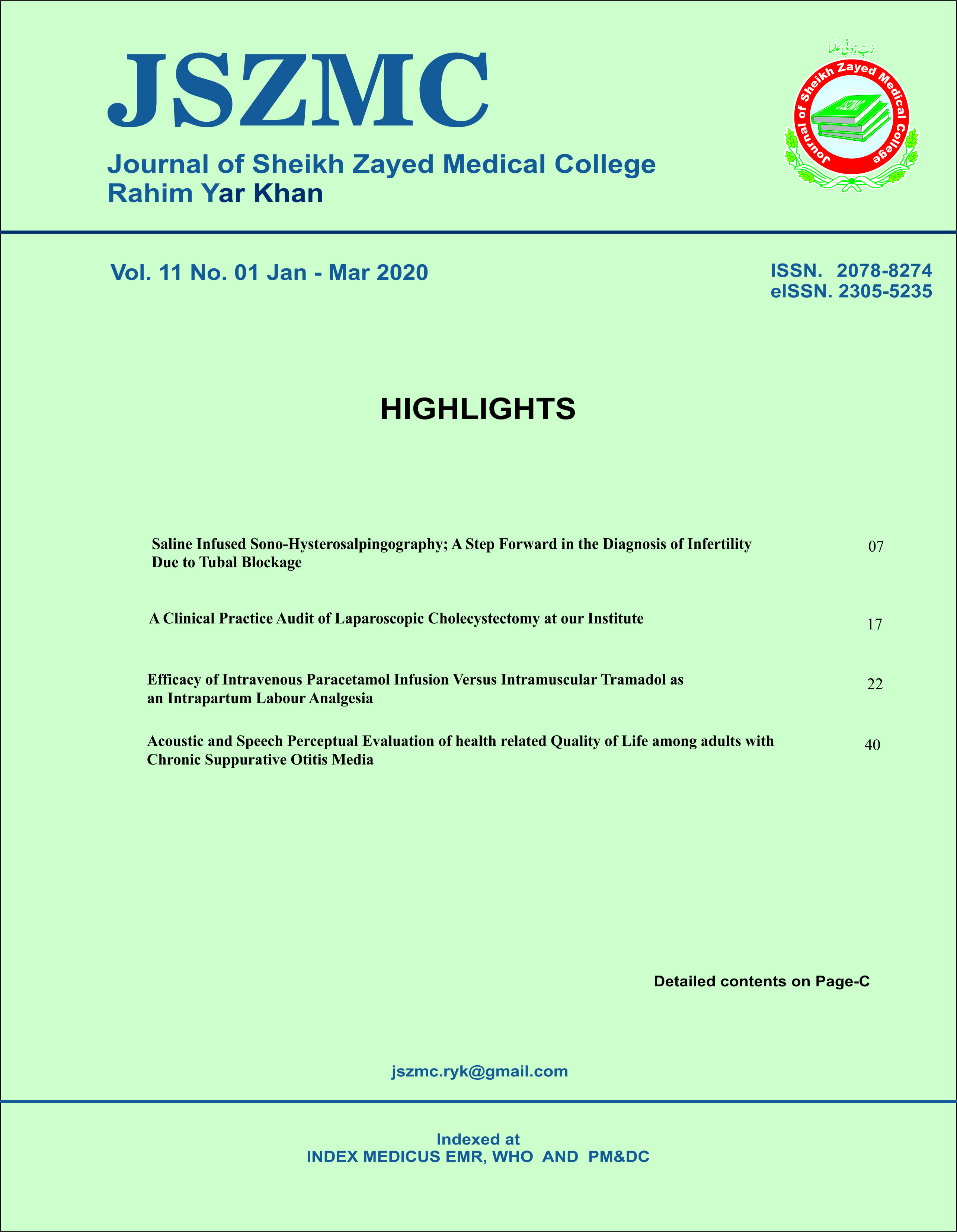 PRIVACY POLICY
This website is owned and operated by JSZMC, having it's office at the main building of Sheikh Zayed Medical College, Rahim Yar Khan, Pakistan. JSZMC is committed to maintaining confidence and trust with respect to the information it collects from its authors.