Background: Caesarean section is one of the most frequently performed surgical procedures worldwide. Traditionally, suturing of peritoneal layers in cesarean section patients has been done, but with variable results.

Objective: To compare the outcome with or without peritoneum closure in female undergoing elective caesarean section.

Methodology: This was a Quasi Experimental study, conducted from 1stJune, to 30th November, 2018 at Obstetrics and Gynecology Unit 2, Jinnah Hospital Lahore. Total 100 patients were selected for elective cesarean section from patients visiting outpatient department and divided into two groups A (Peritoneum closed) and Group B (Peritoneum not closed) by simple randomization technique. Variables included were Surgery time (minutes) and post-operative amount of analgesia. Data was analyzed by SPSS version 20. 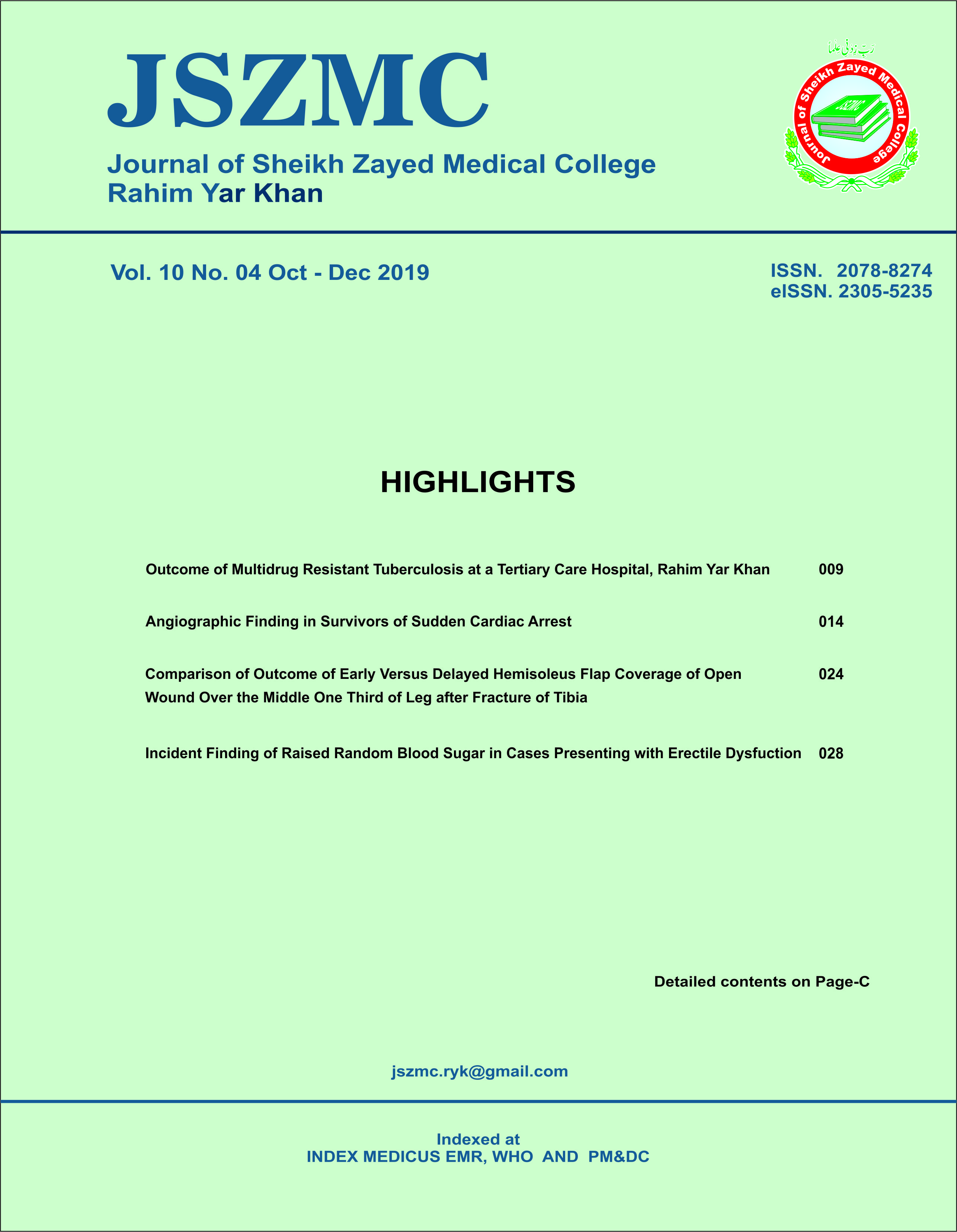